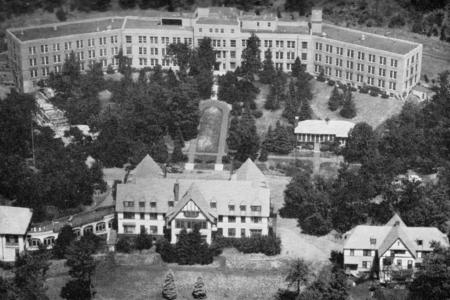 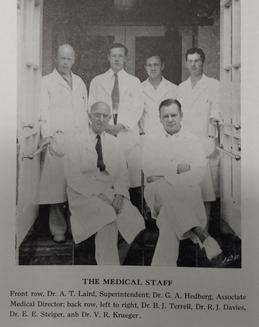 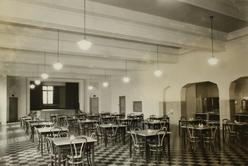 Nopeming Sanatorium was the first county facility to open under Minnesota's 1909 sanatorium law. Located near Duluth, it served the state's largest county, St. Louis, which includes portions of the Iron Range. In its early days, Nopeming offered patients the traditional fresh air treatment in cottages as well as the rest cure in more substantial buildings. The sanatorium grew from an initial capacity of 50 to accommodating more than 300 patients in the infirmary building. Nopeming means Out in the Woods in the Ojibwe language.

Nopeming's primary superintendent and medical director, Dr. Arthur Laird, served from 1911 to 1943. Under his administration, the sanatorium established its own training school for nurses, as well as internship programs with medical schools. Nopeming was large enough to have its own laboratory, a surgical unit, and educational courses and vocational training for patients.

From 1957 to 1971, Nopeming operated both as a sanatorium and a nursing home for the aged. In December 1971, it became the Nopeming Nursing Home. Funding issues and operating costs resulted in the facility's closure in 2002. The main building still exists, unoccupied. A non-profit group, Orison, Inc., is attempting to preserve and restore the building. Their website is Nopeming.com and they offer private and public tours, including ghost tours.

Nopeming Sanatorium was featured on a Travel Channel paranormal reality show in 2015.