The Thomas Hospital opened in October 1916. The building was donated by George H. Christian at a cost of $60,000. It was orginally named the Christian Memorial Hospital, but Mrs. Christian renamed it Thomas Hospital in memory of Bishop Thomas, former rector at St. Mark’s Episcopal Church. Its operation was later turned over to the United Lutheran Church. The loss of a son, Henry, to tuberculosis in 1905 had motivated George H. and Lenore Christian to combat the disease.

The hospital had room for 48 patients and was intended as a refuge for patients that could not gain admittance to any other hospital. Thus, the mortality rate was rather large. Many organizations and people contributed funding, so at times almost half of the patients would be charity cases.

In 1916, the church hospital association reorganized as Fairview Hospital. In 1929, Thomas Hospital was converted into a dormitory for nursing supervisors and nursing students. The patients were transferred to Glen Lake Sanatorium at Oak Terrace. 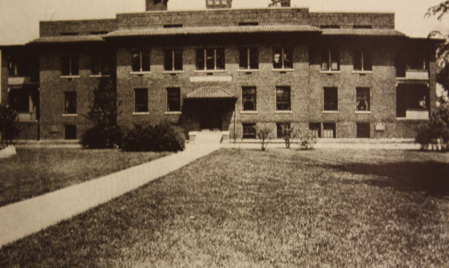