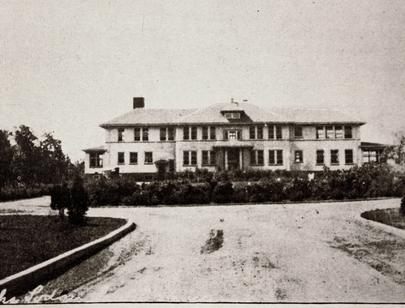 Fair Oaks Lodge Sanatorium opened in 1918 in Wadena, MN.  It was scheduled to begin admitting patients in February, but delays in the shipment of laundry equipment meant a postponement until May 6. The sanatorium served the counties of Wadena and Todd.  Its opening capacity was 20 beds, which expanded to 36.

Two other physicians served briefly as superintendents, but after 1949 the county administrators were unable to fill the position.  Fair Oaks Lodge closed in November 1951, and patients were transferred to Ah-gwah-ching State Sanatorium near Walker. The patients' building was converted to the Shady Lane Rest Home in 1952, being one of the first of the county sanatoriums to make the conversion to a nursing home.