The Lymanhurst School was established in 1921 on 18th Street and Chicago Avenue in Minneapolis. The property was donated by brothers Fred and George Lyman. Some children were transferred to Lymanhurst from the Trudeau School. The new school had capacity for 160 students, and that included pre-tuberculous children and some who were in early stages of the disease. They were provided with three meals a day and snacks, as well as the educational studies of a regular school. The school was overseen by the Minneapolis Health Commissioner, and the school nurses attended tuberculosis clinics to learn more about caring for the children. Physicians who examined the children were associated with Minneapolis General Hospital. In 1922, a small hospital section was added for children ill with tuberculosis. That closed in 1926. The day school closed in 1934 because it had been determined that children at risk of developing tuberculosis could be served just as well by visiting nurses coming to their homes. 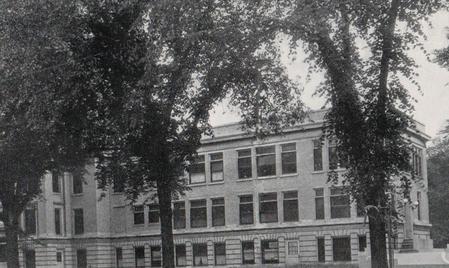